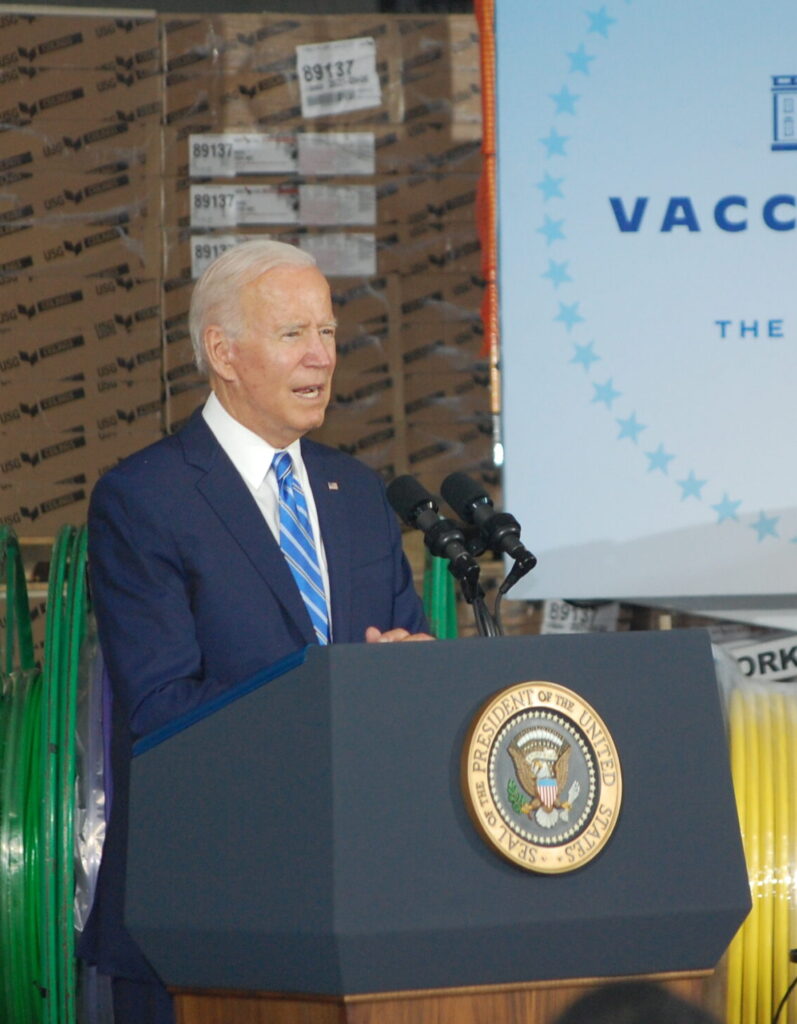 The best stories from the village of Elk Grove in 2021

A visit by the President of the United States, major development agreements and the start of construction, retirements and a change in garbage collection, have joined the headlines on COVID-19 and the harsh winter weather conditions to constitute the top 10 stories of 2021, in no particular order.

“Mayor Johnson, you’ve done a hell of a job here,” President Joe Biden told Elk Grove Village Mayor Craig Johnson during a speech Thursday, October 7 at Microsoft’s 36-acre construction site. for its planned data center campus in the Elk Grove Technology Park. Biden used the visit to push for both an increase in COVID-19 vaccinations and for the passage of infrastructure legislation in Washington. The president was joined at the event by unionized construction workers and elected officials including Johnson, Chicago Mayor Lori Lightfoot, Governor JB Pritzker, and a host of local representatives to Congress and Springfield. Biden’s visit was the first such visit to the village of a sitting US president.

Elk Grove Village was already a center of data centers, or large secure buildings with servers supporting websites before the Elk Grove Technology Park went live. In early 2021, construction began on the 36-acre Microsoft data center campus in the Technology Park. The village approved plans and even sold land for several other data center developments, including the planned $ 1 billion Prime Data Center on Oakton Street, just east of the technology park. The sale of the land funds the village’s purchase of a shopping center and bowling alley on Arlington Heights and Higgins Road for $ 12.7 million to be redeveloped with retail and housing. An area on Northwest Point Boulevard was also rezoned to become a second technology park. The vacancy rate for the village business park, which includes the technology park, was only 2.86% at the end of the third quarter of 2021. 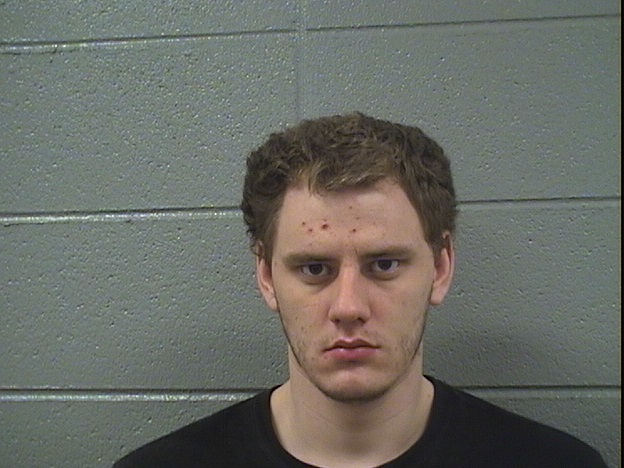 Cameron Ruebusch, the man from Elk Grove Village who shot and injured an Arlington Heights man working for the US Postal Service in the 200 block of W. Brantwood Avenue on New Years Eve 2018, was sentenced to 16 years in federal prison in January after he pleaded guilty to one count of attempted second degree murder of a federal employee and to one count of knowingly using a firearm in a felony With violence. This New Year’s Eve, the postman saw Ruebusch approach the vehicle with a gun. He started the vehicle and drove off, but was reportedly shot dead. After stopping, the postman was comforted by neighbors who called 911 and held him as he lay in the street bleeding.

The best officials in the village retire 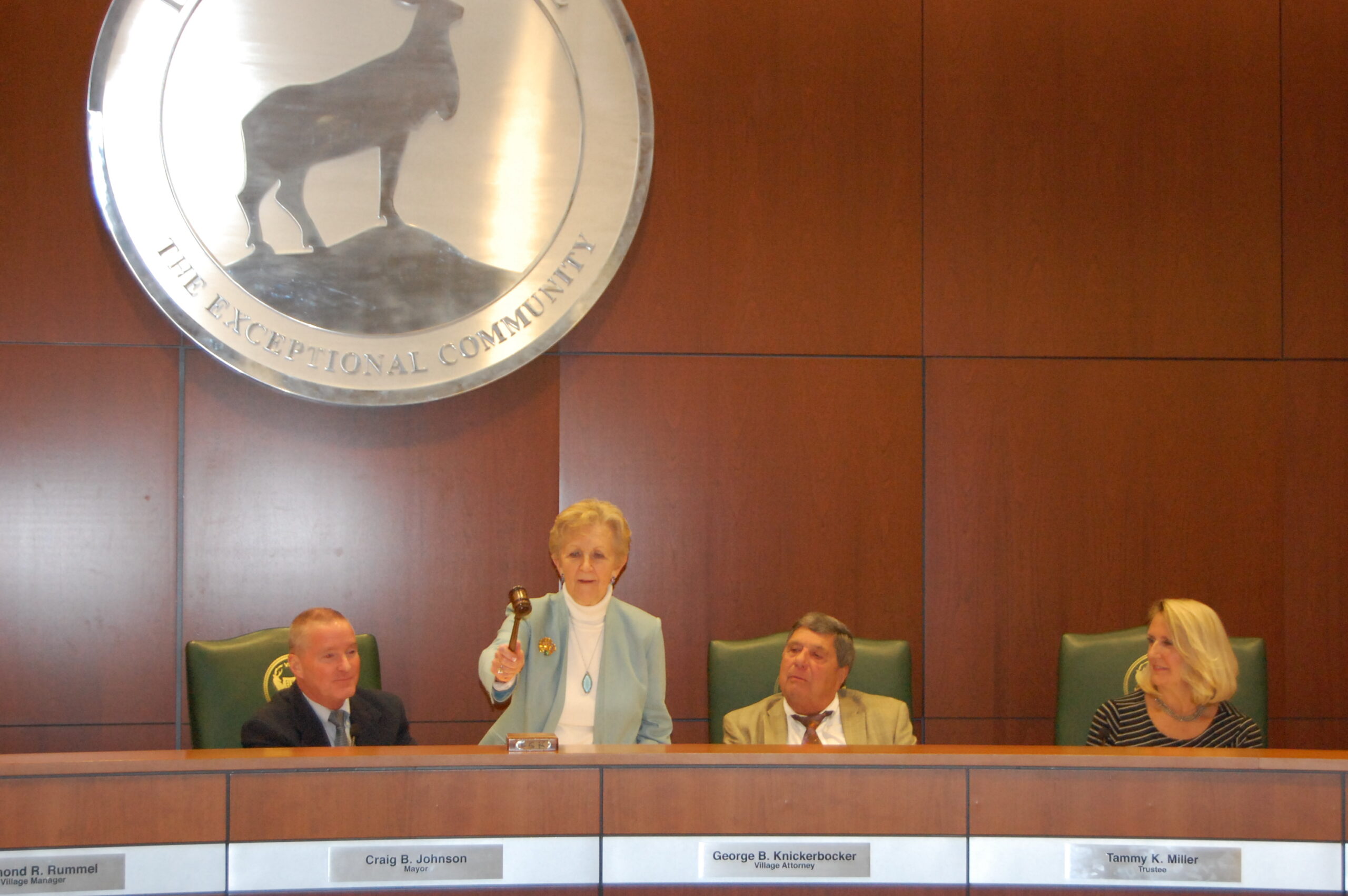 Nancy Czanik strikes again with the hammer to adjourn the Elk Grove Village board meeting on Tuesday, November 16, her last after 32 years on the board. Mayor Craig Johnson, Village Attorney George Knickerbocker and Czarnik’s replacement on the board, Tammy Miller, watched (left to right). (Tom Robb / Newspaper photo)

Elk Grove Village has seen two longtime government officials announce retirements. Nancy Czarnik, a village administrator who served on the village board for 35 years and was appointed the village’s first vice-mayor, held her last meeting in November. Czarnik announced his retirement in September. Tammy Miller, a longtime former senior official in the Elk Grove Park district, has been appointed by Mayor Craig Johnson to take Czarnik’s seat on the village board. Village director Ray Rummel announced in October that he would retire on March 31, 2022, after serving the village for 32 years, 14 of which as village director. Deputy Village Director Matt Roan will take over as Village Director on April 1, 2022. 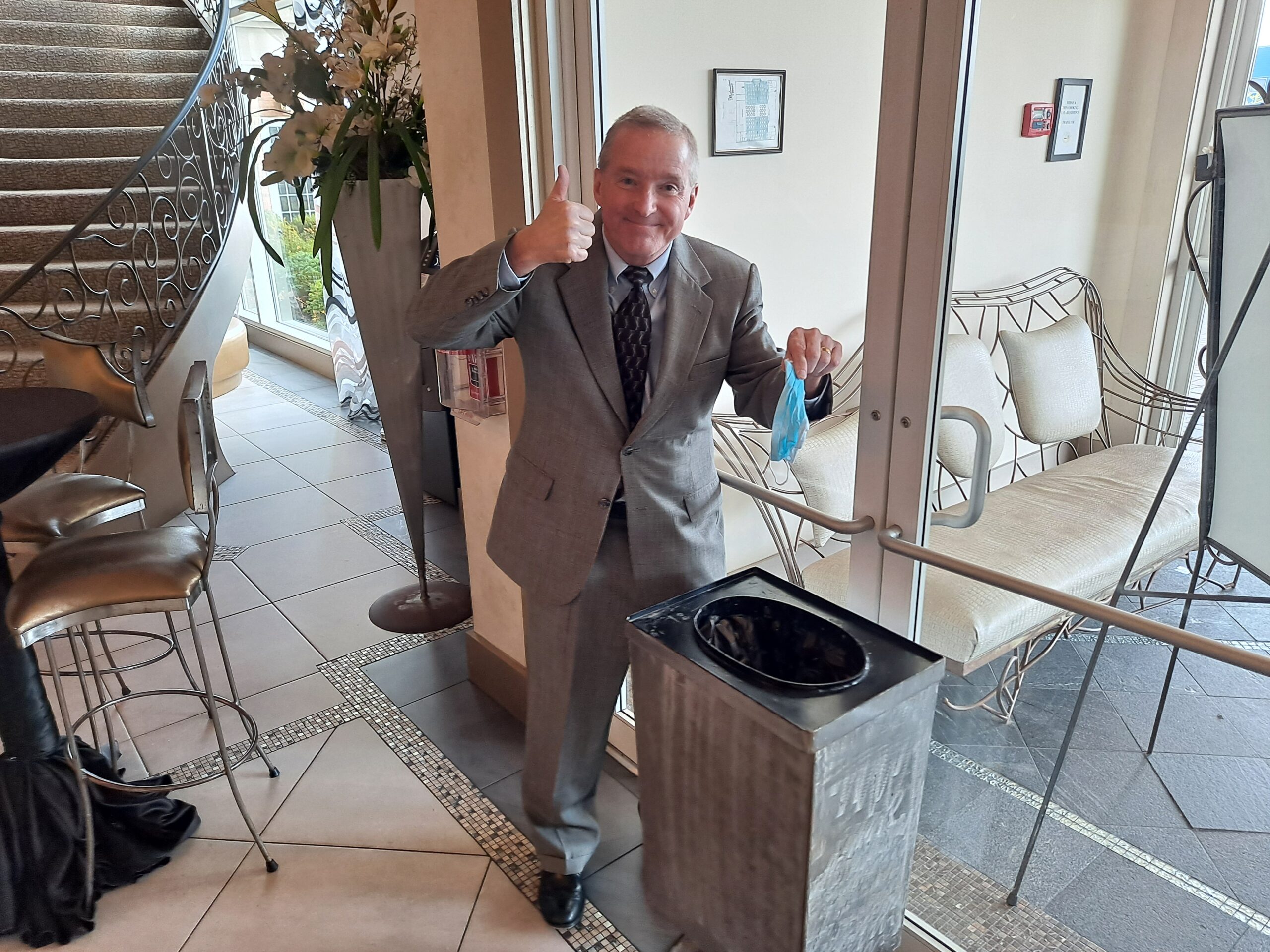 Elk Grove Village Mayor Craig Johnson is dropping his mask after the mask’s mandate was briefly lifted in May. (Tom Robb / Newspaper photo)

Elk Grove Village approached the COVID-19 pandemic with what Mayor Craig Johnson called a “firm but flexible” approach in 2021. The mayor strongly encouraged people to get vaccinated, but said he didn’t would not make it a warrant. The village hosted two mass vaccination clinics, one in March for the elderly and one in April, once the vaccine was available for everyone from the age of 16.

Frustrated with state officials ‘moving the goal post,’ Johnson said in October, the village would not enforce the state’s mask mandate and said it would not impose on employees of the village to be vaccinated, although he said in December, more than 95% of the workers in the village have been vaccinated.

This summer, the village’s midsummer concert series returned with huge crowds gathering outside as cases of COVID dwindle during the summer months. To justify his non-implementation of the state mask mandate, Johnson highlighted the concerts by saying the village had not seen a spike in cases after the concerts and said hospitalizations at Alexian Brothers Medical Center remained low.

Elk Grove Village administrators reached a consensus in May to approve a program to increase annual spending of $ 4.75 million to improve roads, sidewalks and drainage. Mayor Craig Johnson said the increased spending required a dedicated revenue stream. At that May meeting, directors reached consensus on increases in property taxes, natural gas taxes and a new monthly stormwater charge. The program is also funded by taxes on excess electricity. This month, directors at Elk Grove Village raised property taxes 9.5%. This is the first property tax increase in 14 years. 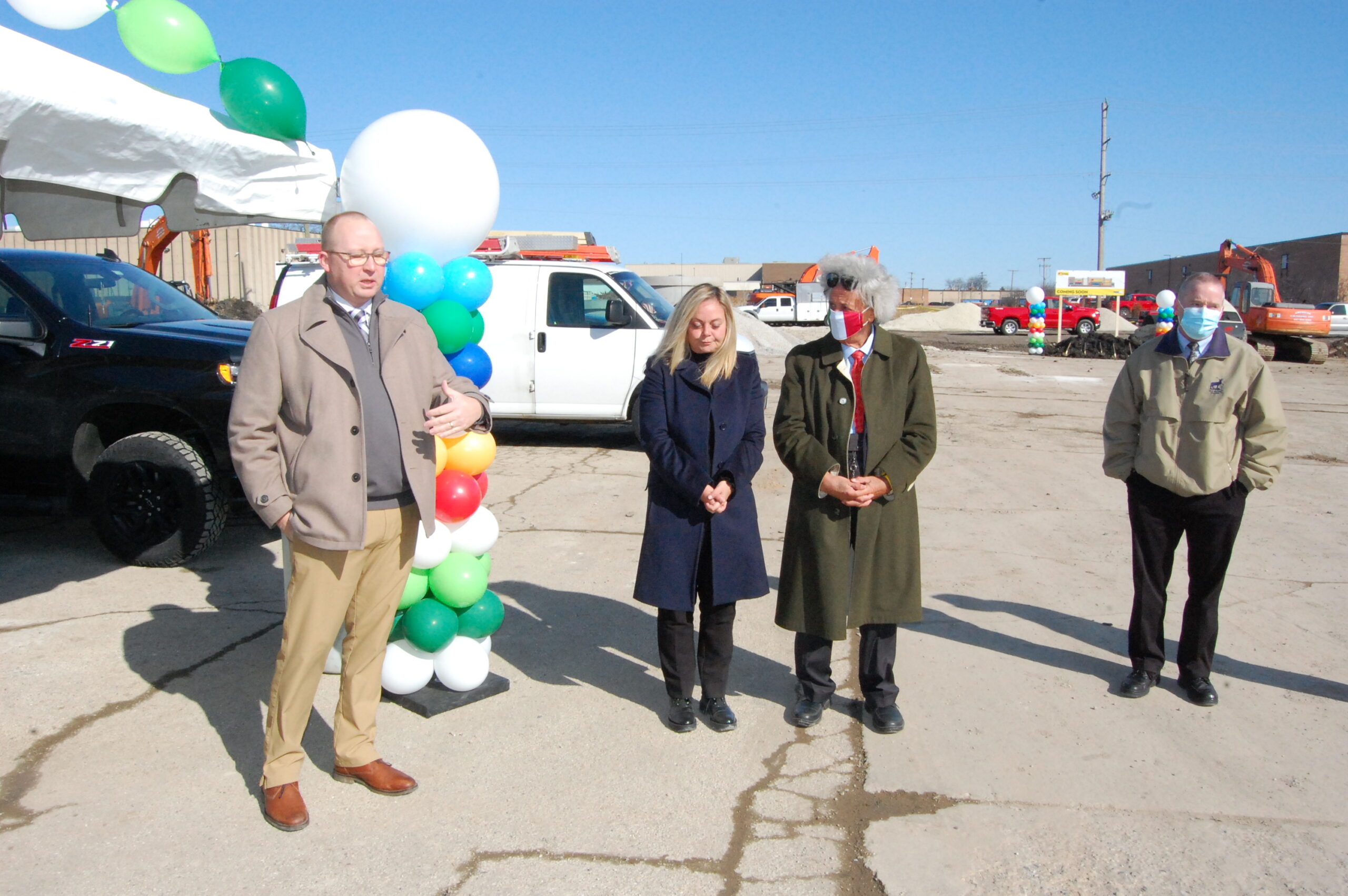 Love’s Travel Stops & Country Stores opened this fall after construction began in March. The business could generate up to $ 1 million per year in tax revenue for the village. A senior Oklahoma-based Love official found out about Elk Grove Village while watching the village-sponsored Makers Wanted Bahamas Bowl 2018 on ESPN. That official, Chad Bruner, visited the village on several occasions as the project progressed, including the inauguration in March 2021. The four-acre Love’s site at the northwest corner of Busse and Pratt would operate 24 hours. on 24, with approximately 50 employees, and is a prototype corporate store located in a business park, where the majority of the company’s locations serve truck drivers along major highways. 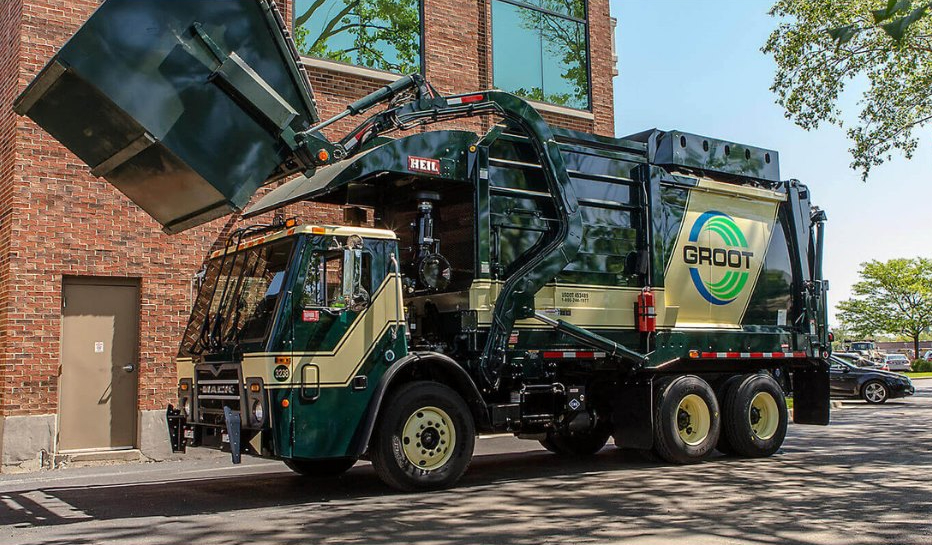 Elk Grove Village administrators signed a new waste haulage and waste recycling contract with Groot Industries, rejecting their old waste hauler Waste Management. The new Groot contract runs from November 1, 2021 to October 31, 2029 and saves the village $ 9 million over eight years. As part of the process, residents were required to have their waste management trash and recycling bins picked up and new Groot waste and recycling bins dropped off, in one of three sizes. The transition has experienced some delays.

Elk Grove Village’s new water bill printer failed in its first job for the village, printing the November village water bills and preparing them to be sent. Village officials said half of all Elk Grove Village water customers received the November bill from another customer, while the other half received no bills. The new Bedford Park-based company Sebis Direct took responsibility for the error, sending invoices marked “Corrected” and offering financial compensation to the village. Elk Grove Village let go of its old Doxim printing plant after a problem in September caused invoices to be sent late. This company, the village’s long-time printing supplier, was recently acquired and was under new management.

Elk Grove Village experienced one of the heaviest snowstorms in years earlier this year. In two days, Jan. 30 and 31, Elk Grove Village saw 11 inches of snow, fresh from a snowstorm just four days before, bringing the cumulative total to 16.8 inches. The village’s public works crews worked around the clock to clear the snow over the weekend and until the following Monday, dumping 325 tonnes of salt on the village’s roads.

Support local news by subscribing to the Journal and topics in print or online.

A group from Pacific Grove that focuses on Charles Dickens is still going strong after 30 years. | 831 (Tales from the area code)